The Foam Maverick Pogo Stick is manufactured and designed for beginners. It is the perfect introduction toy to the stick jumping world. The pogo stick incorporates foot pads to prevent slipping, foam hand grips and also a form covered metal bar.

You can buy the pogo stick fully assembled and ready to use. The metal parts are well covered and study to increase comfort and safety. The toy is also fairly durable, will some people using it for two years straight without any severe damages.

Foam Maverick Pogo Sticks are manufactured by flybar; the number one and premier pogo making company since 1918. The company makes a point of testing and ensuring all sticks are fully functional before releasing them to their customers. The pogo sticks are meant for children between the age of 5 and nine years, weighing between 40 and 80 pounds in weight. The pogo stick features a wider base to ensure stability and a consistent experience with the stick. This pogo stick will get your child away from the Tv. It is a great way for your child to exercise and have fun at the same time.

The pogo sticks are meant for children who would like to learn how to ride a pogo stick. It features some strong safety measures that will ensure that apart from having fun, the child says safe. The pogo stick has wider foot pads that ensure increased maneuverability making it very simple to for your child to achieve their first jump.

Pogo sticks also provide balance; they also provide intense workout and the best part about it is that they are quite fun. It’s not once that you hear parents say how much their children look thrilled when setting a jumping record, before attempting to break it.

It is also convenient that you can order more spare parts in case you need to repair the pogo stick.

Another reason why you should consider Foam Maverick Pogo Stick is the level of safety that the toy incorporates. The spring of the stick is well covered, and all metal parts are padded to ensure they do not hurt the inside parts of any child’s legs. The metal part is also covered with a rubber cap. The cap is screwed on to the metal, ensuring it does not come off under any circumstance.

Things to Consider when choosing a pogo stick

It is commonly regarded as a pogo stick for children. Just like all kids toys, you should consider safety

first when choosing this toy for your child. It is a toy that requires high physical involvement, and a slight problem with the mechanical integrity of the stick means physical harm. They are various makes of the Flybar Foam Master Pogo Stick, choose one that meets all your safety requirements. Check on the grips of the handles and the foot pedals to ensure it does not slip off from the Child’s hands during a jump. Also look into the size of the pogo stick, getting a too short or long pogo stick will affect your child’s play time negatively.

The razor gogo pogo stick is the best choice for someone who likes taking their pogo stick on the road. It incorporates a unique design that lets you fold it for traveling or storage. It also features an enclosed spring compartment and smooth non-friction bushings.

For this pogo stick, the most important thing to consider is the spring constant and the weight that the stick can hold. A decent razor pogo should be light in weight so that it can be carried easily, and it should not be below the height of the user.

The flybar chrome pogo stick is the best alternative to the classic pogo stick. It is appropriate for people aged nine years or above. It can comfortably hold a person who weighs between 60 and 160lbs. You should note however that this stick does not come with slip foot pads.

Other factors to consider

The durability and price of the pogo stick. There are various brands of pogo sticks in the market today. Buying one considering its strength will ensure you get your money’s worth.

Testing out the pogo sticks

Read the following  summary of the pros and cons of pogo stick.

Just like any other pogo stick, this specific one is loved by most children as it helps them during exercise.

However, like any other product, this product has its disadvantages.

The flybar foam maverick pogo stick is all about children’s fun with lots of safety. When getting this pogo stick, consider is its security and its safety around your kids. For efficiency. Buy one that is readily assembled and ready for action.

A good flybar pogo stick for your kid should have an encased spring compartment, handles with good grip and wider foot pads to ensure stability.

Flybar is the leading and the original producers of the best pogo sticks in the world. Over the years they have worked to make it better by not only regarding the performance but also its safety. They have also incorporated the elastomeric thrusters on adult pogo sticks that enable them to jump up to a whopping 4 feet in the air. The ground impact of the pogo stick is almost similar to that of a trampoline. So, if you are looking for the safest pogo stick and you want to break some jumping records or your friend’s records, head over to Flybar for the best pogo stick. No springs attached. 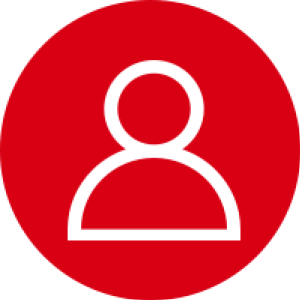 How to jump on a pogo stick for beginners